“…he’s more myself than I am. Whatever our souls are made of, his and mine are the same and Linton’s is as different as a moonbeam from lightning, or frost from fire… Nelly: I am Heathcliff.”

“…here the old narrative breaks off: the rest of the story exists only in some brain that has been dust for centuries. I am able to imagine several possible endings; but none of them would satisfy an Occidental imagination. I prefer to let the witness attempt to decide for themselves the Probable Consequence of Swallowing a Soul”

嵐の家 Arashi No Ie / Stormy House is an on-going collaboration and co-creation between 59 Productions and Whitestone Arts, integrating classic texts, video (including VR and AR), traditional lullaby, binaural sound, landscape, architecture and cross-cultural mixed reality performance. At its heart, it celebrates the power of childhood imagination to conjure, through play, both redemptive artforms and new and better worlds from the implosion of the old.

The project was inspired by the prolific literature, maps and ‘making out’ (acting) of the famous Brontë children in their tiny Parsonage cellar in Haworth, West Yorkshire. Emily sited her imaginary Queendom of Gondal in the North Pacific, so our 2018 performance version explored the ghost world of Wuthering Heights from the structural perspective of traditional Japanese ghost tales, Kwaidan, translated into English in 1903 by Greco-Irish author Patrick Lafcadio Hearn. Research revealed that both writers had Celtic roots, lost mothers when very young and shared a passion for shape-shifting. (Hearn took Japanese citizenship and a new identity when he married the daughter of a samurai family. Emily simply is the voice of all the characters in her only novel). This walk-in installation premiered to great public delight in the Old Schoolroom opposite the Brontës’ original home, now the Brontë Parsonage Museum, in 2018.

2020-21
we are currently exploring VR, AR and MR versions of the show for international festivals, museums, and other non-theatre buildings. More news to come. 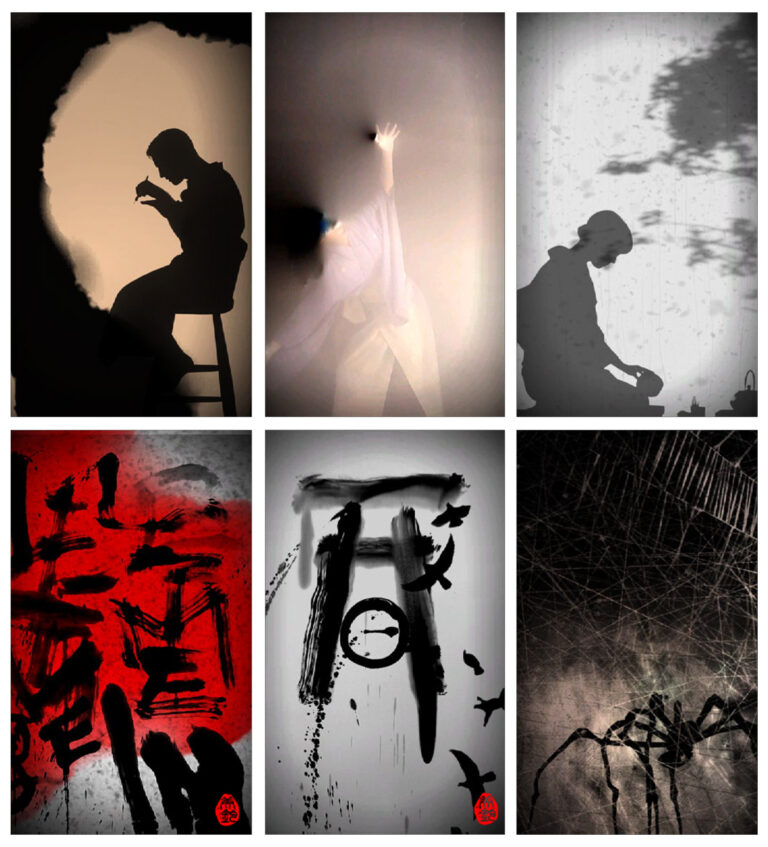 October 2018 (2022/23 TBC)
Le Guin layers her work with themes of self-discovery, relationships, isolation and connection, love and betrayal, violence and redemption. Earthsea has unique characters, glorious geography and the energy of its own songs, sagas and myths.

2019 – 2021
Holtby’s landscape is both the homeland of her childhood and imaginary: a fictional Riding of Yorkshire continuously haunted by ghosts of the dead and disenfranchised.

2015 / 2016
The story, songs and recitative were inspired by the “true tale” of Betty Mouat, a crofter from Shetland, who spent eight days drifting alone in the North Sea in 1886.

2013 – 2020
A multi-media re-working of the Hampton Court Palace visitor introduction to the King’s Baroque Apartments in the reign of William lll and Mary ll.

The Left Hand of Darkness

April 3rd 2015
A unique commission writing for 59 Production’s project celebrating the 500th anniversary of the construction of Hampton Court Palace.

Established in 2003 by playwright Judith Adams, artist / photographer Simon Warner and Leo Warner, creative director of 59 Productions, Whitestone Arts produces and facilitates creative, cross-media projects. At our base in the West Yorkshire Pennines we develop new collaborative work, supporting emerging artists as well as running and hosting workshops on landscape, art, dance and text.  We also have residential and training facilities available for hire in our converted farmhouse buildings.